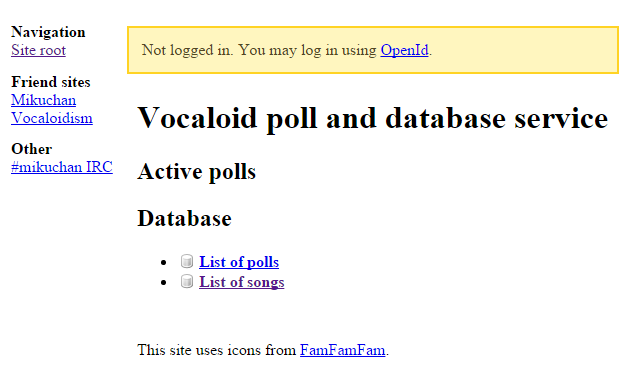 VocaDB was inspired by similar music databases, mainly vgmdb, Discogs, MusicBrainz and The Metal Archives. Certain features and rules on VocaDB have been inspired by or taken with some modification from other websites.